I love Phoebe Waller-Bridge and I loved her Fleabag. Watched 2 seasons in 1 night, in the blink of an eye. Its funny, shocking, and beautifully written. When it was finished, I was still under its influence. So when I heard she also wrote Killing Eve, and there are 3 seasons available for me to watch; I was over the moon.

Killing Eve is a captivating spy-thriller. The main character and assassin is Villanelle; a psychopath who loves expensive things, fashion and travel! Even though she kills people with cold blood; one can’t withhold from loving her. As she travels from one city to another to perform her assigned “tasks”; it’s so nice to watch all these beautiful cities that create the setting: London, Berlin, Paris, Rome, Amsterdam and Barcelona!

Before you proceed any further, bear in mind that following scenes might be a spoiler.

Here are my favorite 6 locations where the series are shot:

Villanelle’s Art Nouveau apartment in the third season. First, I thought this apartment was just a set decor; because its too good to be true. But later I learned that its real, its a flat that was built in 1906 and what’s more: you can rent it in Airbnb! Here is the link! 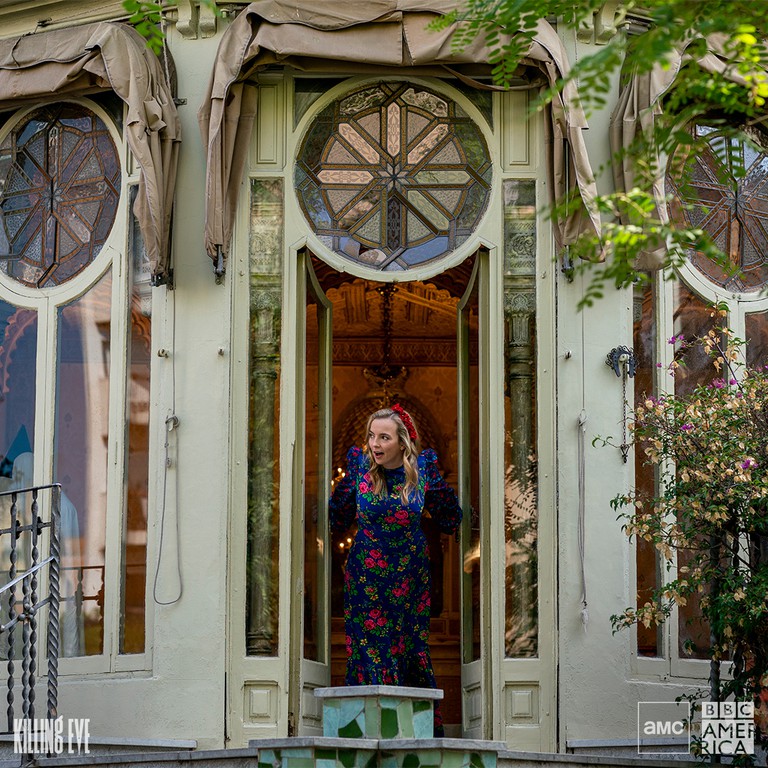 Villanelle and Dasha are eating tapas and having conversation at Placa de la Barceloneta. Villanelle has recently kidnapped a baby (to practice her role); but the baby starts crying and Dasha gets annoyed. She holds the baby and threws her into the rubbish bin.

Villanelle with her show-stopping bubble-gum pink dress, after her doctor’s appointment. The designer is Molly Goddard. 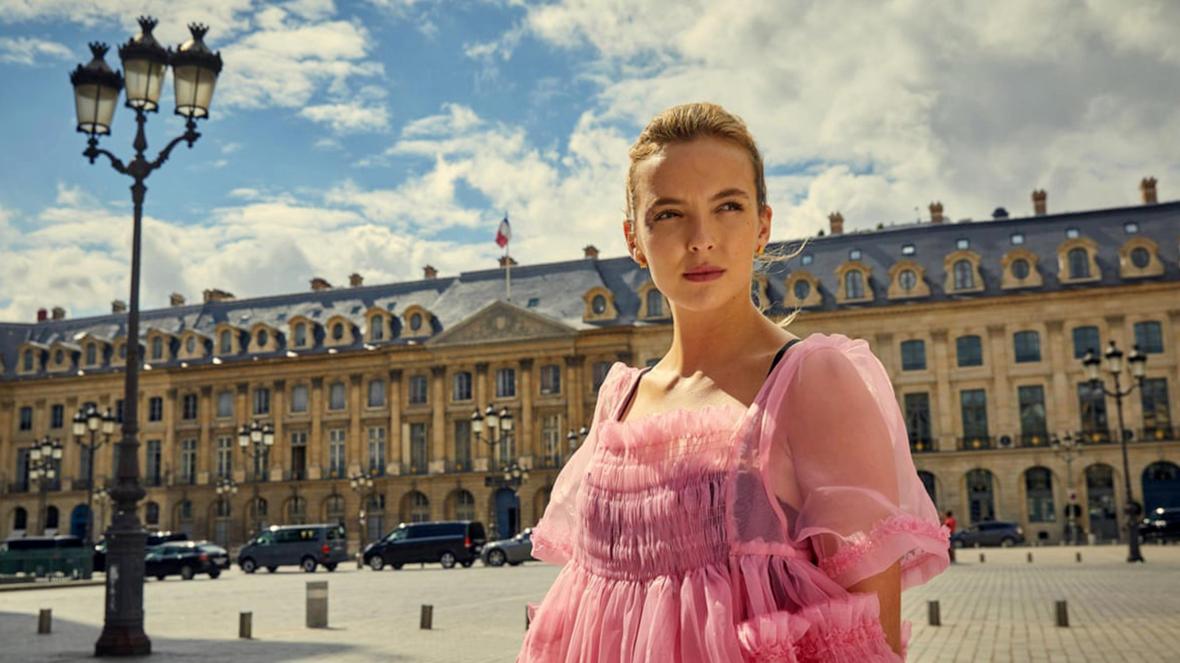 The dramatic scene at the end of Season 2 was shot at Villa Adriana, 30 kms outside Rome’s city center. Villanelle and Eve find themselves at these ancient ruins for a closure. 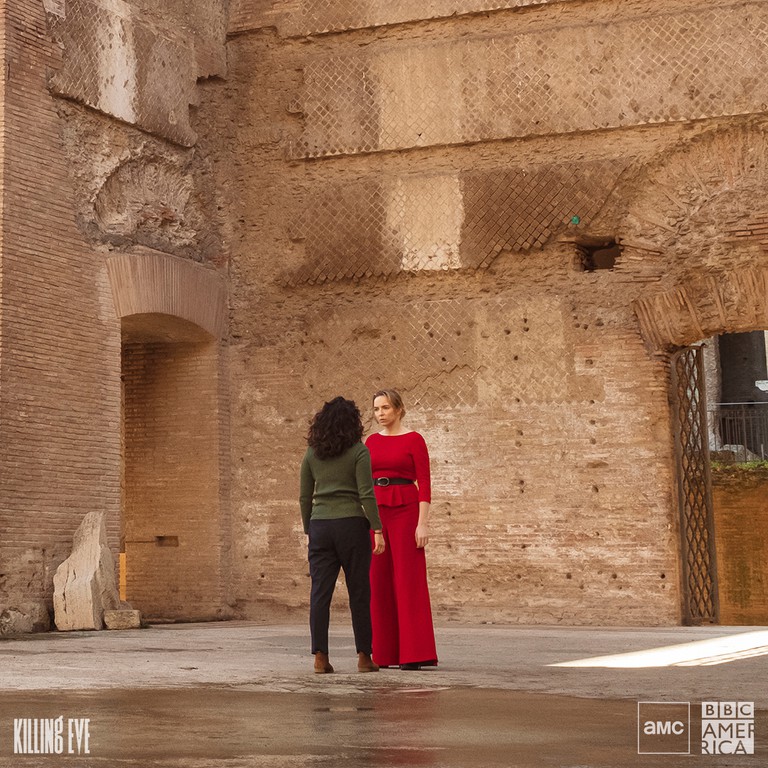 This scene was not shot in original Red Light District (since you can’t enter with a camera); but a street in Amsterdam was re-created for the sake of the story. Villanelle was hired as a private assassin for this case. She prepared a scene for the audience watching.

The last location is the first scene in season 1, episode 1 where we meet Villanelle.

The series open up with Vienna, in-fact it was shot in Bar Garibaldi in the village of Colle di Val d’Elsa, northwest of Siena. In the scene, Villanelle is making an eye contact with a small girl who eats ice-cream. Don’t be fooled by these words; its not a very “pleasant” moment.

Did you watch the series? Let me know, if you did!